DONATE TO THE PROJECT!

As of October 2020, material costs are still needed to cover for the historically appropriate paints and embroidery. All donations are tax-deductible. Three options for donations are listed below.

A link to the associated GoFundMe Charity page is here

Option 3: Support the Project on Etsy!

A link to our Etsy page can be found here! All featured artwork has been created by the artists who worked on the Opening the Ark Project. All proceeds go to support the project! 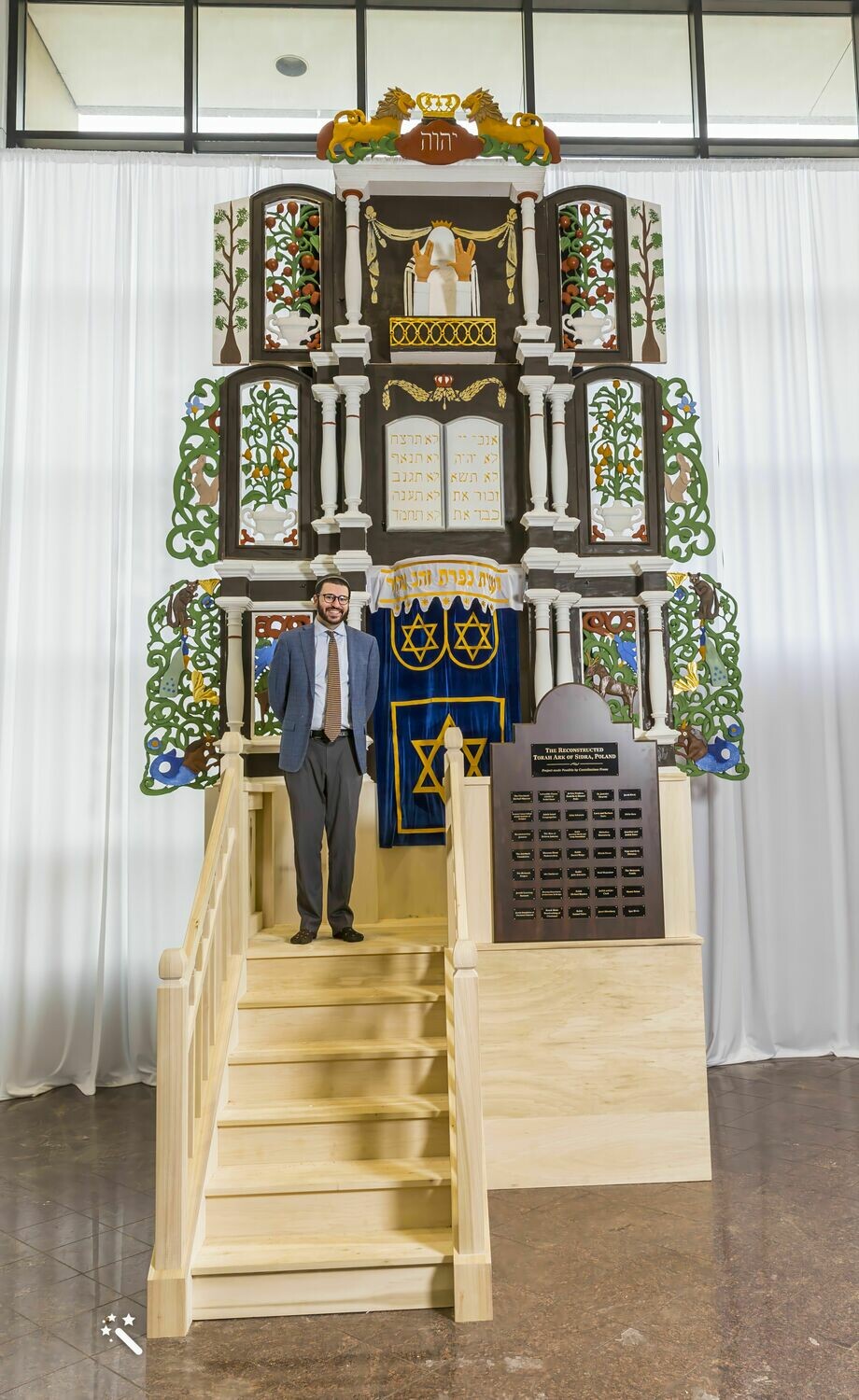 In 2020, Shmuel Polin began The Opening the Ark Project of Cincinnati, which reconstructed one of the great wooden arks of the Polish–Lithuanian Commonwealth right here in the United States. The ark rebuilt was among the jewels of European Jewry. Towering and coated in vibrant colors, it stood in Sidra, Poland, but was destroyed by the Nazis in 1942. With Polish, Sephardic, Ashkenazi, and Russian influences, it was a testament to a Jewish dialogue, as well as Jewish art, artistry, and carpentry. The current project responds to some of the dilemmas affecting Jewish life in America today and redefined how many engage with Judaism and Holocaust education.

The reconstruction effort was an open canvas for a community of people who wanted to experiment with a new kind of relationship with Judaism. As a matter of engagement, this project reaches inside (and even potentially outside) our Jewish community and involves people in new ways. The ark will be exhibited in the Midwest, starting in the Cincinnati area at the Skirball Museum in February of 2021. The project has also received attention and grants from various organizations, including the Reconstructing Judaism/Auerbach Foundation, the Refusnik Project/Jewish Learning Works, and the Adath Israel Congregation of Cincinnati, Men of Reform Judaism as well as a direct grant from GoFundMe Charity for projects impacted by the pandemic.

Save this product for later
Display prices in: USD